Explosion of a superheater in a steam cracking unit

Hi all! Today we are going to present to you the Saint-Avold accident, the one you were the MOST interested in, according to the survey we did.

Why were you so interested in it? It is not the deadliest accident in the history of our industry and no contamination of the environment was reported… So, you may want to know more about this accident simply because it took place in France, recently (2009), and because Total’s indictment was announced last year? We hope you are going to learn some more about that in this article. 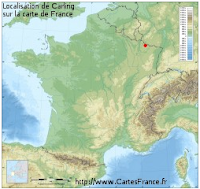 Where did this accident take place?

Carling is a small city in the northeast of France, where an important industrial platform has been built in the 50s, for chemical and petrochemical activities. 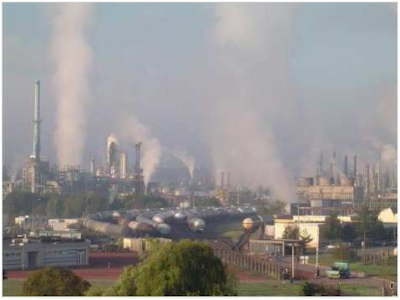 External view of the Carling site

The unit involved was the steam cracker. Its role was to convert a light naphtha into lighter molecules such as ethylene, propylene and methane, which are then used to make polyethylene and polystyrene. The cracking reaction takes place at a high temperature.
In the Carling installation, the steam was first produced in a heat exchanger by cooling down the outlet stream from the cracking heaters. This steam is overheated in two overheaters to avoid the formation of droplets. The superheated steam is then used as the driving force for the cracked gas compressor. 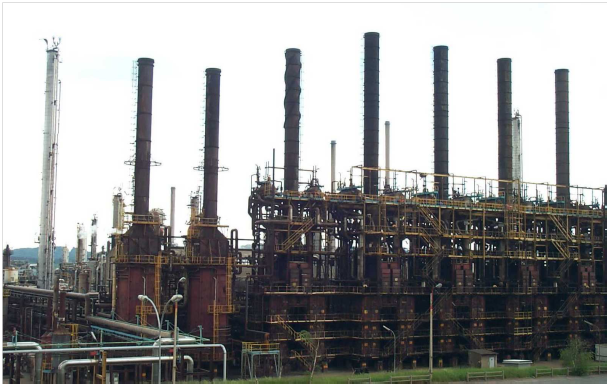 Two unit’s superheaters, on the left

During the night of July 13 to 14, 2009, heavy rains leaked into a technical room. As the electrical board was damaged, the steam cracker unit was stopped and secured.
On the morning of the 14th of July, the restart procedure of the unit was began. At 3pm, the superheater was reset in order to proceed to the manual light-up of the burners.
An operator, with a long lighter, came above the heater to light the pilot flame.

The superheater exploded at this moment.

Two operators, above the superheater, died. Four suffered 2nd degree burns. Material damages only occurred to the superheater and its close environment.
No environmental or sanitary damage has been reported, no fire, no particle cloud, no contamination. Some pieces of the heater, including parts of the refractory, up to 50 cm in diameter, were 100m away but no other unit was affected by any domino effect.

One of the burners was probably leaking and some inflammable gases accumulated in the heater, and reached the explosive limits. The operator then lit the gas cloud, which exploded.

Some elements have been identified as having contributed to the accident:
- The superheater was not flushed with steam before the light-up, in spite of the procedure recommended by the manufacturer.
- The gas feed to a burner is allowed even if no flame is present on the associated pilot.
- The safety device which forbid the gas feed of the burner without any flame was not working.

This device was supposed to turn off the gas inlet if no flame was detected on the burner for 10 seconds. This device was not reliable and it regularly shut down the superheater without any reason so it would have been turned off.

We now have to flush the superheater with steam and measure the explosive limit before lighting the pilot. In addition, a correctly functioning safety device must be installed to shut down the gas feed if there is no flame.
The company operating in Carling, Total, actually had to review all the starting sequences to include all these safety paths. They also had to automate all the procedure, which reduce the presence of operators around the superheater during the startup.

Above all, please remember that safety devices are used to ensure your safety, and that you, and all workers come back home safe. They are definitely not there to be turned off because it annoys everybody (and because nobody actually remembers what it is really for… right?).
Remember: it is far easier to fix a problem with a device than call your team members’ families with bad news!