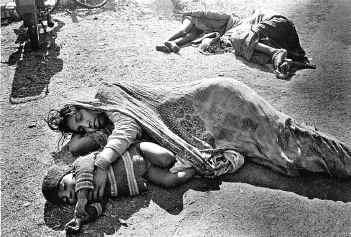 Overview of the accident

In the 1970s, the Indian government introduced policies to encourage foreign companies to invest in local industry. Union Carbide Corporation (UCC) applied to build a plant for the manufacture of Sevin, a pesticide commonly used throughout Asia. Under the agreement, the Government of India insisted that a significant percentage of the investment come from local shareholders. The government itself had a 22% stake in the subsidiary Union Carbide India Limited company (UCIL).

The plant was located on a site that was not designed for hazardous industry but only for light industrial and commercial use. The plant was initially only approved for the formulation of pesticides from certain components such as Methyl Isocyanate (MIC) in relatively small quantities. However, pressure from competition led UCIL to manufacture raw materials and intermediate products for formulation of the final product within one facility which required a more developed and hazardous process.

In these conditions, the accident was initiated when the MIC production unit had been shut down for 2 months for routine maintenance. On December 2, 1984, the factory management ordered the cleaning of several pipes linked to three MIC storage tanks.

During the cleaning operation water and MIC mixed where many pipelines were interconnected.

In fact a jumper line (installed several months prior to the disaster to ease routine maintenance) allowed water to flow through. Along with another leaky pipe connected to the MIC tank (610) the water was able to pass into it and triggered the reaction between 1 ton of water and 40 tons of MIC.

An operator noticed a small leak of methyl isocyanate (MIC) gas and increasing pressure inside the storage tank. The vent-gas scrubber, a safety device designer to neutralize toxic discharge from the MIC system, had been turned off three weeks prior.
Pressure and heat from the vigorous exothermic reaction in the tank continued to build. The gas flare safety system was out of action and had been for three months.

Nearly 2 hours later, a safety valve gave way and led to a sudden release of 40 tons of MIC into the atmosphere.

Environmental conditions had an aggravating effect; due to the absence of wind that night, the toxic gas formed a huge cloud, which stagnated over the city.
Within hours, the streets of the adjacent area were littered with human corpses and the carcasses of animals; 3,800 people died immediately, mostly in the poor slums in the vicinity of the UCC site.
The number of people killed in the first few days ran as high as 10,000, with 15,000 to 20,000 premature deaths in the subsequent two decades.
The Indian government reported that more than half a million people were exposed to the gas and several epidemiological studies showed significant morbidity and increased mortality rates in the exposed population.
Nearly twenty-eight years later, the Bhopal disaster remains one of the worst industrial disasters ever, as the waste stored in the site continues to contaminate groundwater and harm the environment.


Dysfunctions analyses and lessons from the accident :

The Bhopal disaster revealed that expanding industrialization in developing countries without concurrent evolution in safety regulations can have catastrophic consequences.
Technical and organizational malfunctions were the origin of the dysfunction in the redundant systems designed to capture and neutralize Methyl Isocyanate at the reactor outlet in case of accident.

In fact, these systems were inoperative due to a maintenance problem (organizational dysfunction). In addition, because of the severe economic issues faced by the company, the plant safety systems were not designed to meet extreme cases (technical dysfunction) and then put-off the alert.

The adjacent slum population (dense urbanization in the immediate vicinity of the site) was alerted too late.
Beside the different causes describes above, there were some ethical issues which made the Bhopal accident a symbol of negligence by the company and the government :

The video below summarizes the steps of the accident development :